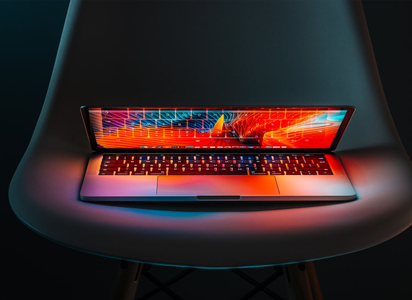 The full name of USB is Universal Serial Bus, which means "Universal Serial Bus" in Chinese. USB was jointly proposed by Intel, Compaq, IBM, Microsoft and other companies at the end of 1994. USB supports hot-plug, and its advantages of plug-and-play make it the most important interface method for computers [3] .
The USB interface has 4 pins, which are the USB power supply (usually 5V), the USB data line +, the USB data line and the ground line [3] .
There are two specifications for USB, namely USBI.1 and USB2.0 [3] .
The transfer rate of USBI.1 high-speed mode is 12Mbit/s, and the transfer rate of low-speed mode is 1.5Mbit/s, 1Mb/s=8 Mbit/s, 12 Mbit/s=l .5 MB/s [3] .
The USB2.0 specification is evolved from the USBI.1 specification. Its transmission rate reaches 480Mbit/s, which is converted into MB to 60MB/s, which is enough to meet the rate requirements of most peripherals. The Enhanced Host Controller Interface (EHCI) in USB2.0 defines a framework compatible with USB1.1, which can drive USB.1 devices with USB2.0 drivers. In other words, all devices that support USB1.1 can be used directly on the USB2.0 interface without worrying about compatibility issues, and accessories such as USB cables and plugs can also be used directly [3] .
The USB2.0 standard further increases the interface rate to 480Mbit/s, which greatly shortens the transmission time of video and audio files in LCD color TVs [3] .

Various data lines
The data cable connects the hard disk, optical drive, floppy drive, card reader and other hardware devices with the corresponding interface on the motherboard, and connects the indicator lights and switch lines on the chassis control panel to the motherboard. Note that the data line is not the bus [5] in our logic structure.

What are the processes required to produce a USB Type C data cable?
At present, the data cables in consumer electronics 3C accessories are basically this interface.